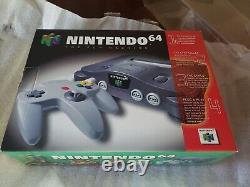 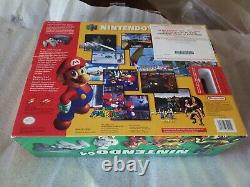 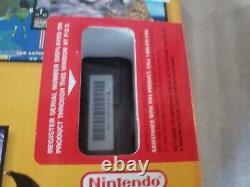 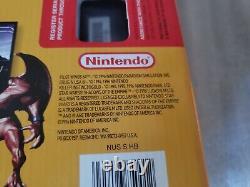 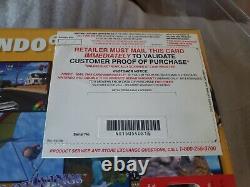 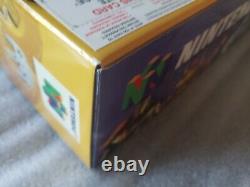 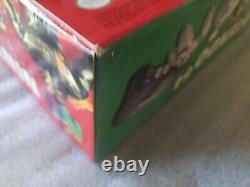 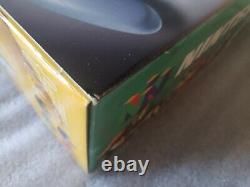 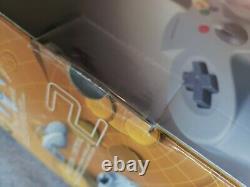 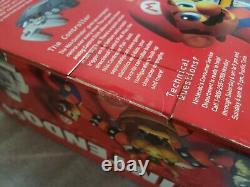 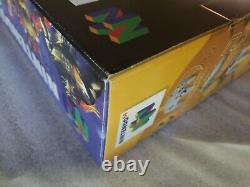 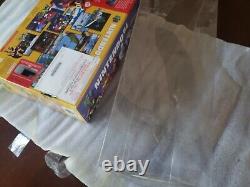 This box has NEVER been opened, the stickers on the tabs are intact (see pictures). Rumor has it the air inside this box smells like 1996.

Regarding verification that this box has never been opened: The serial numbers match and the baggie inside the serial # hole is mint. But most of all, there is no color break lines on any of the edges of the box (seal protection tab stickers). That is the single easiest way to tell if a game or system has ever been opened or tampered with is the color break lines that develop after something has been opened, even once. Note there are some dust particles that appear on the bottom side of the tab sticker on the back side of the box which is normal after 25 years in storage. There aren't many of these left in the wild. This item is in the category "Video Games & Consoles\Video Game Consoles". The seller is "freelove48" and is located in this country: US.