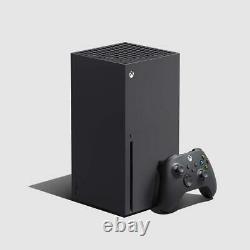 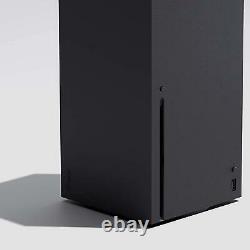 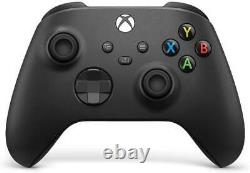 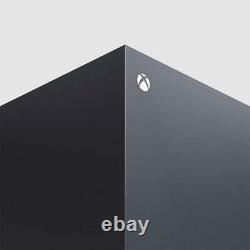 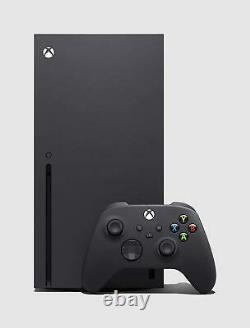 Thanks Xbox Velocity Architecture, which pairs a custom-built SSD with integrated software - enabling faster, streamlined gameplay, you'll receive significantly reduced load times, along with the ability to play thousands of titles from four generations of consoles, that will all look and play better than ever before. Fast frame rates Xbox Series X's hardware-accelerated ray tracing technology, along with the ability to show off up to 8K HDR, will give your games a heightened level of realism. Additionally, you can enjoy 4K gaming at up to 120 frames per second for even more immersion. Quick start Jump seamlessly between multiple games in next to no time, thanks to Quick Resume - meaning you'll now always have time to jump back in and have one more go with that end of level boss. Cool customer Created with three air flow channels, the Xbox Parallel Cooling Architecture evenly distribute the temperatures generated by the advanced internal components, keeping the console cool and quiet, whilst the vapour chamber in the Xbox Series X enables an even spread of temperatures within the core.

Immersive sound Dolby TrueHD with Atmos technology provides you with a premiere sound experience that puts you in the centre of a rich, 3D spatial soundscape. More ways to play Xbox Series X also works with Xbox Live, the most advanced multiplayer network. With millions of players around the world, and more than a decade of multiplayer experience, Xbox Live is the proven place to play. And now, everyone is invited to experience smarter matchmaking, less waiting, and better performance with Xbox Live on Xbox Series X. You can even record, share and broadcast your moments of glory.

4K streaming with select apps, see Xbox. Some apps require app provider-specific subscriptions and/or other requirements. An Xbox Live Gold subscription is required to access online multiplayer. Xbox Wireless Controller Experience the enhanced and modernised Xbox Wireless Controller that features sculpted surfaces and refined geometry - providing enhanced comfort during gameplay, and get ready to take on the competition in style. The hybrid D-pad and textured grip on the triggers, bumpers, and back case will ensure you stay on target, whilst the Share button will enable you to seamlessly capture and share content such as screenshots, recordings.

We all have our own gaming preferences and style, so fire up the Xbox Accessories app to remap buttons and create custom controller profiles for your favourite games. Do you play on an Xbox Series X, Xbox One, Windows 10 PC, Android or iOS device? Thanks to the handy 3.5mm audio jack, you can plug in any compatible headset and start conversing with your teammates.

The item "Microsoft Xbox Series X 1TB Video Game Console In Hand Still Security Sealed" is in sale since Wednesday, November 25, 2020. This item is in the category "Video Games & Consoles\Video Game Consoles". The seller is "wiziwoo" and is located in Torquay. This item can be shipped worldwide.